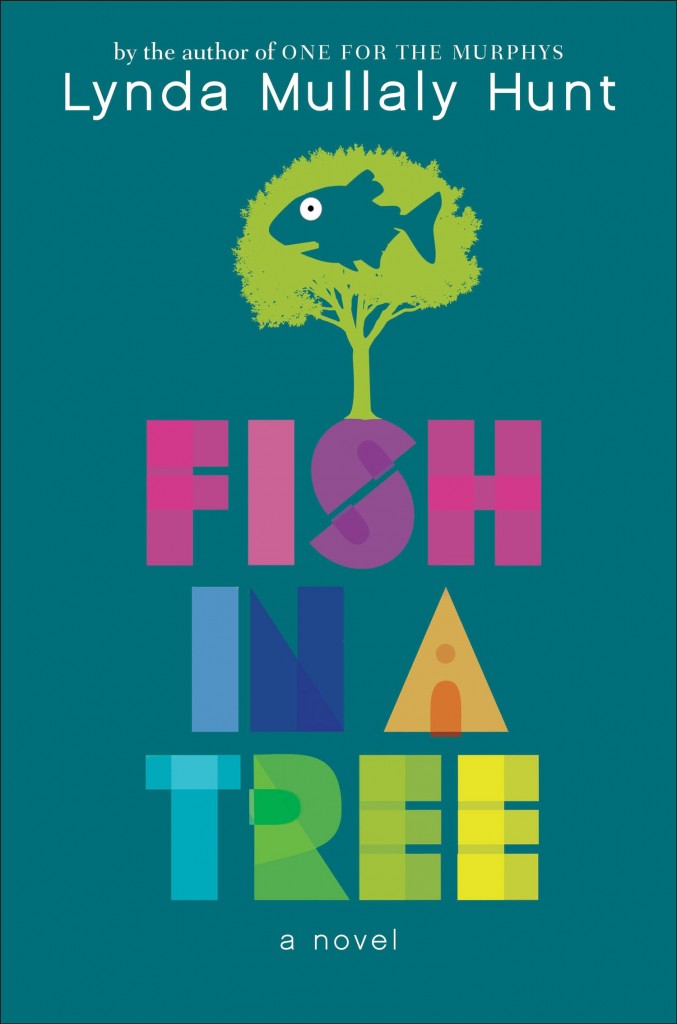 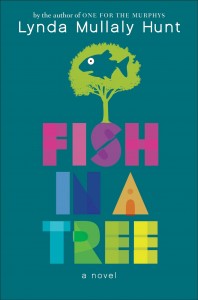 When our twelve-year-old Maddie was just a little bit younger, she came home from school one day wanting to share a joke she had recently read at her school.

Always an appreciator of a good joke, I told Maddie to go ahead and share the joke. Maddie recited with the delivery of someone who has just gotten “off-book” with his or her lines:

“Everyone is smart in different ways. But if you judge a fish by its ability to climb a tree, it will live its life believing it is stupid.”

Maddie thought this was a joke. I thought it was probably the very best idea she could have read, internalized, and recited for her entire 6th grade year.

But, it’s no joke. And to unpack how Maddie may have thought it was initially is an exploration of Maddie’s empathic processing, her enjoyment of wordplay, and, certainly, her deep, deep affection for the random and the silly. . .I mean, a “fish in a tree?”

“A mind movie flickers in my brain of an angry fish at the bottom of the tree, banging on the trunk with its fin and complaining that it can’t climb it” (159).

I know about fish in trees. I have seen them. They continue to present themselves when the wind blows just so through the leafy greenery of the summer season, but seen them even more when those leaves turn to brown, and orange, and red. And they are laid most bare when those leaves fall away.

They are fish in trees and you would hardly notice them for all of the birdcall in the boughs. Except that they speak differently. They move differently. Everything about them, including their ill attempts at managing a pencil. . .different. Oh, they know all about bubbles.

They make them. They’ve never been asked to fill them in.

And read? While others are reading the skies for boundless opportunities and the conditions of the ground for landing and plucking, they have been content with the current. The warm waters. They imagine again the schools to which they once belonged before they were flung into foliage unfamiliar.

“I wish she could understand my world. But it would be like trying to explain to a whale what it’s like to live in the forest” (29).

Ally Nickerson is the protagonist of Lynda Mullaly Hunt’s newest title, FISH IN A TREE which is set to release from Nancy Paulsen Books in March of 2015. The opening scene of the book puts the reader right into the classroom wherein Ally is being asked by Mrs. Hall to write a page about herself for the new teacher coming in. Ally’s page is full of doodles.

“The rest of the class is getting tired of me again. Chairs slide. Loud sighs. Maybe they think I can’t hear their words: Freak. Dumb. Loser” (3).

I love Lynda’s use of punctuation here. Doesn’t it seem that these labels come with their own sense of finality? You’re a ______. Period.

Mrs. Hall is preparing to leave to have a baby. A simple mistake in card selection on Ally’s behalf upsets the classroom party and becomes just another of Ally’s classroom disruptions. Lynda puts the reader right in that place early on of  “sympathy” for Ally as she chooses a card based upon its appearances and not for its intended message.

“No matter how many times I have prayed and worked and hoped, reading for me is still like trying to make sense of a can of alphabet soup that’s been dumped on a plate. I just don’t know how other people do it” (10).

I’ve never had a problem with reading. Most of my problems with my early education came with presentation. The Paul before the first day. Raised as a Jehovah’s  Witness as a child, I was “other.” I was the one who went to the hallway during birthday parties. I never recited the pledge as a child though I knew it by heart for internal recitations over the period of thirteen years and pledged flawlessly as a new recruit with the United States Navy years later. Teachers had expectations of me before the first bell. I would only be able to do so much of a holiday-themed project. I would have to be considered before celebrations and class plays could come to fruition.

It’s funny how “fishers of men” often fail to look in the trees above them.

This week, I received a well-intended email from a parent of a student I am going to have in class this year. The email was to assure me that I had the parent’s full support and backing (which I do appreciate). The subject of the email was described as a “good kid” but “somewhat lazy.”

“Since the day of he mystery boxes, I keep thinking about how good it felt to do something right. To fit in.

I never wanted to be “lazy” either, young man. But that is the perception over time that is the product of submitting plain pumpkins crafted from paper strips and secured with a staple, turkeys without Pilgrims, and construction paper pine trees that are cut in a matter of minutes (often times without inspecting for indwelling fish).

Young man, when Mr. Hankins was in 2nd grade a teacher told him, “If you cannot do the same work that the other children are doing, perhaps you shouldn’t go to this school.”

I wasn’t “lazy.” I was merely trying to stay afloat.

You ever try to swim in a tree?

And that is why I will greet you at the beginning of the year and we will celebrate the shininess of your new school year scales and forget about those other types of scales. Those pesky human scales that only know some kind of binary system of pass and fail.

Lynda Mullaly Hunt celebrates teaching and lead learners in her new book in the character of Mr. Daniels, the new teacher who takes over the classroom in Mrs. Hall’s absence. Mr. Daniels has a sense about him to do what I heard is one of THE best interventions for protecting the smartest voice in the room (which is the room according to Kylene Beers) by “shutting down the put-downs” during one of his first interactions with the class (37).

From this point in the book on, the reader gets to experience how Mr. Daniels sees his “Fantasticos” and how they interact as a community within the classroom. From unspoken cues to quiet celebrations of work, Lynda’s book is a celebration of teaching and what a gift it is in this regard.

Ally has to deal with her challenges and her bullies throughout the book, but she also makes some good friends along the way. Here, Lynda does a super job of creating a sense of creating any tree you might find anywhere in the world with Suki, Keisha, Albert, and Oliver taking supporting roles. And readers will not want to miss one of Ally’s most wonderful gifts in a scene that happens before a big recital.

Lynda creates a wonderful family structure for Ally with a long-suffering mother and a highly-supportive brother, Travis (a character I will not spoil for you here, but I want you to know about Travis the way I want you to know about a wonderful companion text for FISH IN A TREE called IF SHE REALLY KNEW ME). Ally’s father is deployed with the Army, a reality that will resonate with many young readers and helps to really bring what Ally has by way of gifts for survival in the tree to light.

“But, now, on top of all of those other big wishes that I carry around, I now have one more. I want to impress Mr. Daniels. With every tiny little piece of myself, I just want him to like me” (57).

Lynda paints a picture of teaching that includes quiet, subtle guiding, public encouragement, apology when mistakes are made, and celebration of even the smallest of achievements.

Because Ally’s internal voice is not coming from a student who wants to disrupt class or classwork. These are the voices of students who, like Ally, have spent years “staring into. . .stomachs while they have sat at their desks while they are told what is wrong with them” (57).

God help me. I’ve never been good with labels.

But I am pretty good with kids. And I am excellent with words. And stories. And books. My certification appears at the bottom of this post should you need to see my credentials.

“And I think of words. The power they have. How they can be waved around like a wand–sometimes for good like how Mr. Daniels uses them. How he makes kids like Oliver feel better about ourselves” (185).

Maddie has come to a realization that this is actually a quote often attributed to Einstein. That is is a comment upon how children learn vs. how children are assessed of the learning that should have happened based upon curriculum and criteria.  She has come to the realization this is a poster hung in the room of someone who believes in the unique nature and qualities of each student in the classroom.

And this realization all comes of the same growth process we have all gone through, doesn’t it?

I am her father. I want her to keep looking up.

For paper posters. For potential paradigms. For a person’s possibilities.

I want her to see the fish in the trees. 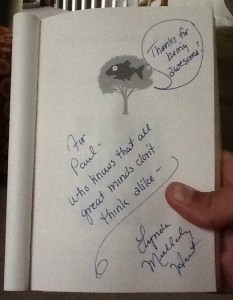 To be celebrated by Lynda Mullaly Hunt, with the pages of a book like FISH IN A TREE, is all the affirmation I need to have a super school year. I’m not going to shake the tree; I am going to climb up inside of it and take a branch.