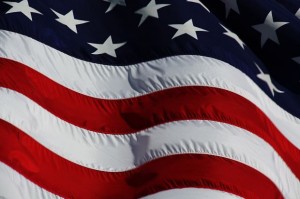 Of course, everyone’s eyes today are on the selection of Mike Pence as Donald Trump’s running mate. One of my favorite memes in the past twenty-four hours is the two-panel depiction of everyone Googling “Mike Pence” while, in the second panel, Hoosier are shown celebrating.

When I hear “Pence,” I immediately think of the 90’s alt-rock group, Sixpence None the Richer who had that earworm of a song called “Kis Me” a favorite, now, of Adult Contemporary radio stations. I suggested this morning at Facebook and Twitter that if Trump’s campaign were a 90’s Alt-Rock Outfit, they would be called Onepence None the Richer and their one hit would be “Pick Me.”

That’s not bad as one-liners go; I thought. And then I thought, “No; my readers and friends would expect no less than the full parody.”

So. . .in the spirit of good fun (if this is allowable):
“Pick Me” by Mike Pence (performing as “MP Flip Flop” in OnePence None the Richer) To the Tune of “Kiss Me”

Pick me out of a tall green corn field,
right wing, I’ll gladly kiss your a$$.
I bring, bring, bring things like RFRA & I-STEP.
Anything you propose I will gladly bless.

[Chorus:]
Oh, pick me before the July limelight;
lead me out on RNC’s floor.
Raise your strong right hand;
suggest they be banned from our elephant dance,
our silver-spoon-changling:
please pick me.

Take me–with you to the White House
Bring me; together we’ll go higher.
Bring, bring, bring your flowing hair;
we’ll blaze a trail marked on our forefather’s map.