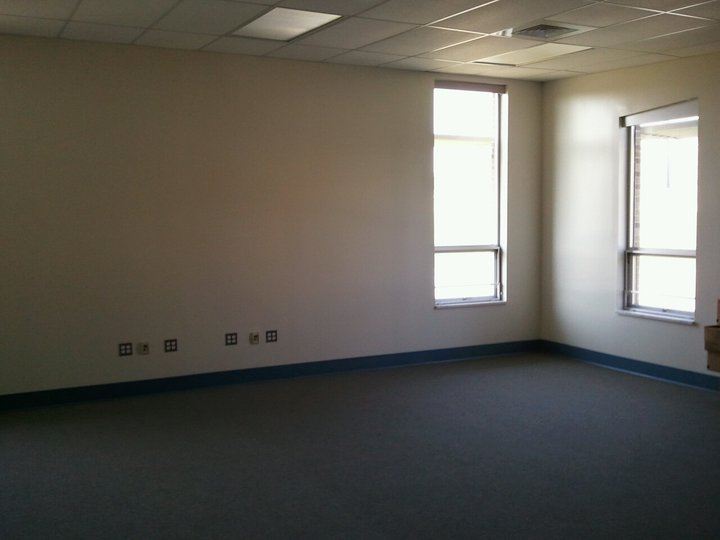 When is too soon to write about anything that has had such a profound effect upon one’s self that nothing done prior to the event makes sense or has any sort of value?

This is what Room 407 looked like when we first moved in. It was a blank canvas for us to move into and to move within. It was ripe with possibility and little by way of limitation.

I feel like we have made great strides in this room by way of sustained and independent reading. By way of inquiry-based subjects. By way of talking about and embracing the 4 Cs: Communication, Collaboration, Creativity and Critical Thinking.

There has been very little thought about “marketability.” As the lead reader and writer in the room, I was looking for “meaningfulness.” There was no notion of external corporation before we had a chance to wrestle with inner cooperation.

And, we done pretty well in the past seven years that we have been in this room. It looks so much different now. So different that I often joke with students that the plan for Mr. Hankins’s dispatch will look something like a viking’s funeral. Set all the books and the decorations in the middle, light it off and sweep the room and paint it white again. For reference purposes, the room should look like the picture when done properly. Midstream of a potential teaching career, we can begin to think about things like this. When I am no longer in this room. When I am no longer in this building. When I am no longer teaching.

But all of these thoughts came rushing in when my value as a teacher came into question late last fall. And maybe it’s not too early to talk about. Parties involved in the transaction have retired over the break and will not be returning to the building. This is my side of the story. My reflection.

And, now, my rejection as I ring in and rally into a new year.

A conversation during a professional development meeting centered around the “perceived value” of the teachers at the table where I was sitting. I was not feeling well that day, so I was not facing the center of the table but rather the front of the room where the administrator was preparing to present the topic for the afternoon. I heard value-added comments like, “You have your Spanish certification” and “You teach a course with an end-assessment” there was value around the table. Then, the speaker at our table gestured toward me:

“You’re all marketable. And you’ll always be more marketable than THAT!”

And the sweeping hand moved in my direction.

I hadn’t been facing the conversation. I was focused on the community. But I heard and I had seen enough to know that my value had been called into question. And, according to this source, it was valueless. I was really unsure that I had heard what I had heard until I was able to verify this the next morning with a colleague who was at the table.

And I ruminated on this for days. At times, having difficulty sleeping. At times, not wanting to eat. But always returning to the room to work with the students in the room. They could not see the brokenness that had happened. There was much to do and little time in which to do it with two large breaks happening before the end of the semester.

I did what I often do when I feel like I have no value. Believe me, I can self-assess like no one can and you don’t have to worry about “padding” or “adding fluff” to the end report. I began to dismantle the things and the places where I have been told I DO have value. It was mistaken, but it was an response to the devaluing that had happened at a table where people could hear an informal assessment of the work we try to do.

I cancelled a trip to NCTE in St. Louis. I had been looking forward to that trip but I could not see arriving there in the state I had found myself in during that time. It would seem “off” and I wouldn’t have felt that I wouldn’t “break” in front of the community that I call “professional home.” I cancelled a presentation that was to have happened there but was comfortable that the group had it in hand. Their value would carry the table groups. I cancelled dinners that had been arranged since the summer before. I was unplugging.

I unplugged from social media for a time thinking that if I had no value locally then I certainly had nothing to share out in the larger community. Not where people were taking in our ideas and thinking about working with them in their own rooms. I did little by way of anything creative for a week or two.

My wife’s counsel was probably the most helpful here. Here’s some free advice. If it is your goal to find someone to share your heart and your life with, find someone who will face–head-on–your “stinking thinking” and I guarantee you will find a way out of self-deprecation and self-sabotage.

You see? The person at the table had made a comment. I made it commentary. The comment was fleeting and I was the one making it defeating.

And, now, this makes sense. This little passage from Thomas Newkirk’s new book, Embarrassment and the Emotional Underlife of Learning:

The slower, delayed verbal analysis is the best resource we have to cope. It cannot eradicate the pain of social failure, but it can mitigate it and bring in perspective and a more realistic assessment of the consequences of our failures–which we invariably exaggerate. It can also be used proactively to help anticipate difficulty and how to cope with it. Inchoate feeling of shame can be translated into shared narratives, plans of action, and even humor. We can learn to talk to ourselves in more generous ways (13).

I gave that person and the comment power to eradicate everything we have done and are trying to do to make teaching and learning meaningful. Not marketable. I wonder now, if I had thought I had heard the comment correctly at the table if I might have countered the comment with, “I may not be marketable, but is the teaching and learning meaningful in the room? This is something we would have to ask students past and present, isn’t it?” But, this is the benefit of retroactive response.

As a result of this experience, I can see past patterns of letting external and internal comments and opinions serve as a sweeping, destructive force over what we have built. It’s a younger me, sweeping my hands over ornate card houses built over an afternoon in a mobile home in northern Michigan. It’s the refusal to do work in high school classrooms thinking I was not one who would or could go to college. It’s the one who denies that anything special ever happened during four years of military service even those the more poignant stories of patient care find their way into lectures and lessons.

I’m not tattling. I’m telling the tale. From my point of view. Not from a value-added place. From a vantage point. And in proactive response as we reflect upon the end of 2017 and ring in and rally into 2018.

In two days, I have already participated in two blogs with some amazing, amazing people who by way of market value spike each and every single day that they do their work in their own stations of life and their buildings. I have participated in meaningful conversations at Facebook and Twitter with people who DO value the ideas I share. And see something in them that I don’t see.

This is promise. This is possibility. This can be Paul.

Last fall, I was not burned in effigy. I was embarrassed.

As Newkirk continues from the previous passage:

“This little Paully went to market. . .and then he came back home.”