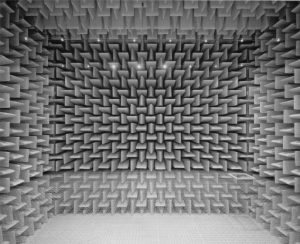 In the echo chamber, you are an audience of one with the voices that keep bouncing off the walls. And they are not alone. They speak in chorus with the ones inside of your head. That thing you wish you had said, that thing you wish you didn’t. That moment when the room should have paused to celebrate the very genius of what was just shared. That moment when the silence was piercing and the only sound was that of the not knowing what it was that anyone was supposed to say.

In the echo chamber you hear in the playback the moment that you became a part of another person’s narrative. You’d like to have that moment back if only for the purpose of revision, but the best you can hope for is to splice together the real-to-real for listening later. The sound is sampled in a loop and when you speak again, you try to keep time with the original oration if only to “shhh” yourself in the hope they will not hear you say that thing again. It’s the vernacular of the echo chamber to repeat the messages that were given to you when you were here last to hear the back masks of the best intentions.

In the echo chamber, you do the best you can to remember all of the places within the sentence that an infinitive can do their work. They are infinite. They always begin with “to” and this is the best you can do in the echo chamber. “To” gives way to “too” and reveals itself in “two,” your voice yesterday meets today’s. There is a two-hour delay. Everyone can hear it. You speak “to” anyway.

In the echo chamber a stutter becomes an alliterative aphorism. You try not begin anything pithy with a “t” or a “p” so you go back and write the last sentence again.

In the echo chamber a stutter becomes statement. The sample. The hook upon which one hangs him or her or their self in the first sentence of a para. . . para. . .paragraph. The paragraph becomes a page and all the listener wants to know is “Who said that first?”

In the echo chamber we underline the subject. This is you. And we circle the re-verb. This is where we try to diagram but cannot remember the difference between a proposition and preposition except one is the direction in which one might go and the other is the suggestion that you must stay.

In the echo chamber, you hear the faint whispers of those students that die too early (or at least before you do). They say the most painful thing one can do in this world is to outlive his, her, or their children. What of the pain that comes of reading the name of a student in the paper who has passed? This is not the roster upon which you had thought they might appear. They are dying before they even reach the year that you began your time in the echo chamber. This is much, much too soon. Their voices have only just started to ripen and become part of the composition of a song that you begin to forget note by note by note until all that is left is some kind of melody that you whistle absentmindedly. . .and it makes you stop. . .and think, “Where have I heard this piece before?”

In the echo chamber, you scream to be heard. . .just once.

And someone writes down that thing you say on lined paper. . .and tucks it away into a notebook.