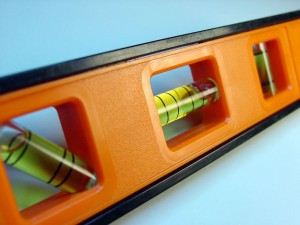 The Greatest Labor Saving Device Ever Brought to Light

When I was sixteen, I worked at Glen’s supermarket. It was a local franchise in northern Michigan named for the family who owned it. A family that named their all of their offspring “Glen.” It was a simple concept. Glen A., Glen B., Glen C., and so on.

One might think this were a set-up for some anecdote that would invite us to explore the behavior of A vs. B. compared to C. leading us to a mentor text in what would eventually become the D (the youngest come-up was, in fact, Glen D. and he was very close to our age. . .he was the crown prince to take over the Glen’s empire. . .but he had a lot of adolescence to work through first. . .and we LOVED his visits to the store). These were their names. And, as employees, we would quickly adapt to whatever “Glen” was due to visit the store at any time.

This is a long way of setting up that these fellows, entrepreneurs in their own right for having set up stores in most of the smaller towns the upper part of the lower peninsula of Michigan, were mega-fans of Zig Ziglar. If we had a store meeting, it was usually prefaced in the manager bringing out a cassette player the size of today’s largest microwave to play an excerpt from See You at the Top. All of this to share, I knew more about motivation and selling technique at sixteen than most may want to know at sixty. And I categorically dismissed all of it. Expect for one piece. It stuck. Like glue. Regarding procrastination, Zig said, “The word tomorrow is the greatest labor-saving device ever brought to light.

While any one of us in the thread might bemoan our own special brand of procrastination, the approach to work also brings its own blaming. It’s one place that many of us share that taps into a specific realm of self-righteousness. When the subject of procrastination comes up in our classrooms, we teachers begin “shoulding” on everyone in the room. And, as Jeff Anderson suggests in workshops, “No one likes to be ‘should’ upon.” And, we don’t like to do it either. In the words of my grandmother, “Paully, when you point one finger at another person, remember, you’ve got three more coming right back at you.”

I am a procrastinator. Okay. Stop pointing now. I’ve given you the inventory of my store so you don’t need the Shoulding List anymore. And, to add to those of whom you might have thought otherwise, your students procrastinate. There are people in your life, probably in very close proximity, who procrastinate. If you don’t put your finger down now, it will freeze that way and the best you can hope for later in life is a career as a weather vane.

In fact, Tim Urban, in his TED talk, “Inside the Mind of a Master Procrastinator,” the creator of “Wait. But Why?” challenges us to think about the kind of procrastination that comes when the thing we are wanting to do or accomplish does not come with a deadline. Yes. Even as a procrastinator, that one hit me hard too as it was a double-down on this thing that I do. I wager you do this too. Welcome to our world. It is, as Tim Urban quips, a “dark playground.”And, we might have had cookies, but the hour was late and the day finally arrived and there was simply no time to go to the store, let alone bake.

As a side note, in southern Indiana, we have Jay-Cs markets. They are affiliated with the larger Kroger. I’ll bet their owner’s names are not half as fun as, phonetically, they are already made up of two letters (let that one sit with you for a minute while you’re putting off that thing you should really be doing).
Charlotte Lieberman presents some background information on the subject of procrastination: “Etymologically, “procrastination” is derived from the Latin verb procrastinare — to put off until tomorrow. But it’s more than just voluntarily delaying. Procrastination is also derived from the ancient Greek word akrasia — doing something against our better judgment” (Lieberman). There it is, a one-two punch of putting something off that runs contrary to what we feel or sense is right. Our students, who are, at heart, people-teacher pleasers at heart (or at least accountable to someone who oversees their behavior and performance) are continually at odds with what feels natural to culture but nefarious within their own constitution.

Centering (finally) on the discussion for the week, my students procrastinate like it is a positive character trait for which they might be praised. I have seriously petitioned administration for the possibility of awarding this group a school letter for their jacket for their mastery of task-avoidance and coming in right at the due date (these students looking like the before and after picture of a presidential candidate in a four-year term of office).

One year, I had a student who put off an over thirty-piece multigenre project that he and the group had over five months to work on. And, on the due date, it did not come in. He had broken contract with the work, the class, and the teacher. And, it was the last one that got him and he felt it with the “felt sense” that Sondra Perl suggests wakes us up to great opportunity and converts all “shoulds” into “shalls.”

I first met “Nick” (I am not sure why I am making up a name. . .his name was Nick) when he was in the fifth grade. We often arrived at the same coffee shop. Me, on my way to my school, and Nick with his mother going in the opposite direction to a private, Christian school. This was our morning routine. Within no time at all, short conversations began around coffee vs. hot chocolate and good books for tween boys to read, especially the funny ones. When it was time for Nick to enter into high school, I was glad to hear that he would be coming to my school. I watched him grow for two years before he would come into my classroom. Our coffee shop encounters became ones that took place in a hallway or the cafeteria.

The readings this week illuminated and touched upon what we had seen in Nick that spring. It called for the classroom teacher, the lead learner and fellow procrastinator, to be mindful of Nick’s current situation. To understand that there was a mindset at play (literally) that had not been noticed, nurtured, or nudged toward what could have been a manifesto to a sense of play that might come of composition if it were to be regarded as a happening.

Here’s what happened. Nick knew that a broken contract would mean certain failure for the marking period. After an earnest conversation about a feasible and agreed-upon solution, Nick told me that he would turn in a project. I told him it could earn no higher than a low C, regardless of the quality of the project he might submit (I think they may have told Michelangelo the same thing when it looked like that ceiling job was going a little long). As we only had two weeks before the end of the school year, I had envisioned Nick placing the project by my classroom door on the last day of school and then running away like a cat that brings the bird to the back porch (these students always forget in anticipation of summer that I am going to see them again in two months when they return as seniors). I didn’t feel like putting another deadline in front of Nick whether it were five minutes or five days. They didn’t work for him. It’s a subtle, mindful shift to let our students work within a timeframe and not to a deadline.

Nick had his project the next morning. It was a mess. But, it was a mess with a lot of Nick’s “voice.” It was a playful, Tiggerific, look at a project I had created and presented with the skill of Chef Gordon Ramsey that came back looking like Chef Boyardee. Hand-written on lined paper, it was not the shiny design that looked like a well-oiled machine submitted by his classmates. This looked like the last five feet walked in loafers that had gone five-thousand miles.

Nick was able to chronicle a twenty-four period wherein he put together every single piece that the project asked from a title to a table of contents to genres of choice. Every piece as there. And it told of a dinner missed and it had a soundtrack of music he listened to while doing the project and it included scripts of the interactions between he and his mother and it included a personal narrative about procrastination. And more. And more. And more. Page after page of voice generated in a playful spirit toward a hope for reconciliation and centering back with the teacher.
At the end of his senior year, Nick wrote me a card that was filled with more of this “voice.” And it told the story of a boy without a father. It summarized our ten-year relationship. And it came in, on time, on the last day of the school year.

Nick has come back to visit Room 407 in the two years since he has graduated. I don’t know when the streak for visitation will end or when a relationship between a student and his teacher realizes its statute of limitations. We may both be putting off talking about what one might have had to offer the other when it comes to being mindful of ourselves and our own patterns and how they are brought back to us in the persons of our students in the room.

Procrastination is a mindset and a gas lighting all at once. Further readings on the subject of procrastination reveal deep-seated needs for perfection coupled with anxiety vs. the traditional lens of the approach to task as one of laziness or lack of motivation. We procrastinators have plenty of motivation, and we mare most mindful of what we do to ourselves. Sharing TED talks like Tim Urban’s helps us to center what procrastination looks and feels like in a manner that is playful and insightful all at once. Nick knows the principal figures of the inner mind of a procrastinator. His teacher showed him a TED talk presenting them in a most playful form.

Oh, and Nick’s project. I’ll bet you thought that this would be some sort of Chicken Soup for the Teacher’s Soul kind of story where Nick gets the A and goes on to an ivy league institution.

We must hold our students accountable to the contract they bring to us.

And he took that C. And it helped to solidify our relationship as Nick had always been able to use charm and humor and pranks to get one over on other teachers. We made him stand in place and use his voice.

Nick is thriving at a local Catholic college where he continues to put things off to the last minute. He has become an expert in all things Thomas Merton.

His teacher is in the same room. Continuing to put things off to the last minute. He still has a lot to learn on the way to expertise. . .in anything. He reflects daily upon the missed chance of naming his two children, a son and a daughter, Glen (which would have worked nicely for its androgynous presentation).

Doyle, Terry, and Todd Zakrajsek. The New Science of Learning : How to Learn in Harmony with Your Brain. Vol. First edition, Stylus Publishing, 2013.