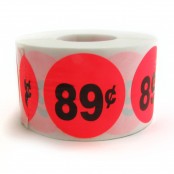 I got a chance to read A. S. King’s upcoming book, I Crawl Through It. It’s far too early to say anything about this book which doesn’t release until the fall, but there is one compelling comment that comes from a television character who asks, “Without love, what are we worth?” and answers, “Eighty-nine cents!  Eighty-nine cents worth of chemicals walking around lonely.”

You’ll have to wait for the book to find the show, the character, and the context of the quote.

I’ve said too much.

This is the poem I sent to A.S. King in response to having read I Crawl Through It. This week, we will draft a series of poems exploring the subject, “How to Know If Your .89 is Real.”

You should ask
as many people
as you can.

Collect the answers
in no particular order,
abacaderian if you must.

Or let them swim
in a random pool,
a celestial soup bowl,
from which you might spoon
a response that fills a hole
you might have stumbled into.

Let helpful words
float like bubbles in a sky
beginning to turn red.

Keep them tucked into
the pocket of a white lab coat.

But have them when
you need them most.

Answers made of and from letters.
Pass them under your desk
to the one whose hand waits open.

Recognize the difference
between April’s answers
and December’s declarations.

Roll these letters into balls
Cast them in winter time
even if you mean for them
to strike or to land
upon the very stuff
from which they are made.

Roll them into the shape
of men, and the neighbors,
who never look at your house
at any other time, will marvel
at what you’ve created.

This is why we learn the letters
to the tune of “twinkle twinkle little star.”
The world is ordered.
We don’t have to wonder.

There is only one of five answers
from which we can select at any time.

And one of them is E.

If there is all of the above.

When you are all of the above.